Posted on May 6, 2012 by carolynfoxshollywood 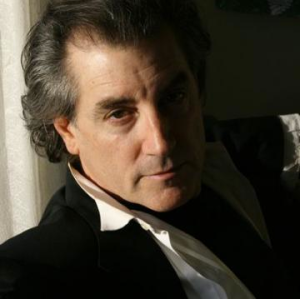 This week on the Hollywood Spotlight, Carolyn Fox is joined in the studio by Geoffrey Leigh Tozer, singer, songwriter, piano player and storyteller, who has created a ultra-cool cocktail lounge world called Swanktown, where “the ladies are exotic, the gentlemen are well-behaved, at times, and money is no object–because we have no money.”  His weekly show, “Sly Crooner of Swanktown,” featuring a wild cast of characters, is about to air its 150th episode on Sirius Radio.

In addition to sharing the inspiration for his music and radio show, Geoffrey tells Carolyn about some of his collaborations and new projects, including plans to bring Swanktown to television.

Want to visit Swanktown in real life?  This Friday, March 11, at 9 PM, you can do just that at The Gardenia in West Hollywood, located at 7066 Santa Monica Blvd.  Geoffrey will be appearing as Sly the Cat, telling modern urban fairy tales and playing delicious swank music.  For information, go to Swanktown.com.

Hear the interview and the complete episode of “Carolyn Fox’s Hollywood Spotlight” below: