Posted on May 22, 2015 by carolynfoxshollywood 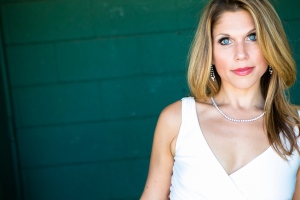 You might have seen Erin doing stand up at the Comedy Store, or caught her cabaret show at the House of Blues on Sunset. Erin will also sing the theme song and be featured on camera in the upcoming Italian film “La Bataglia di Gorthene.”

Tonight, Erin will discuss her one-woman show, “Stand Upera” that is part of  The Hollywood Fringe Festival. Even in Hollywood, there are very few artists who do stand up and also sing opera–and in her new live show, Erin explains “How singing wrecked my life, then saved it!” Rest assured that Erin’s musical tastes extend well beyond classical. She has described herself musically as “if Bocelli & Bette Midler had a baby who hung out w/ Leonard Cohen. That’s what I do. Sort of.”

So tune your radio to 1580 AM at tonight at midnight in Los Angeles to hear this fresh new episode of “Carolyn Fox’s Hollywood Spotlight,” featuring special guest Erin Carere, in Baltimore/Annapolis, tune to WYRE on 810 AM at 6 PM tomorrow, Saturday, May 23, and any where in the world, hear the podcast online here at this blog starting Monday, May 25.