Where to Celebrate the Oscars in Los Angeles 2013

Posted on February 21, 2013 by carolynfoxshollywood 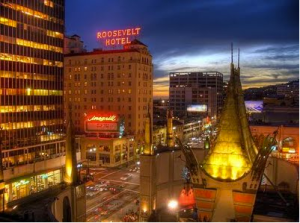 Don’t have an invitation to the Governor’s Ball or Elton’s after party?  No worries. Los Angeles is in its element on Oscar night and there are lots of special events and parties to attend.  Here are a few suggestions if you’re looking for a way to celebrate the Academy Awards this year. 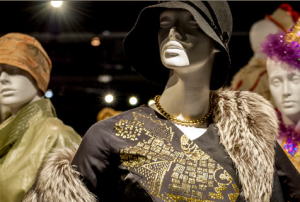 Showcase of Oscar Nominees for Best Costume Design at The Fashion Institute—If the costumes are your favorite part of a movies, check out The Fashion Institute for Design and Merchandising’s annual showcase of Oscar nominees in the Best Costume Design category. This exhibit includes nominated costumes from the current year’s nominees as well as the winners for best costume design from the previous year. When: February 12, – April 27, 2013, Tues – Sat 10 am – 4 pm Where: 919 S. Grand Ave, Downtown Los Angeles, 90015, corner of 9th Cost: Free Parking: Pay parking is available under the FIDM building (enter off 9th, just west of Grand) or at street meters or surrounding lots. For Info: http://fidmmuseum.org/exhibitions/current/ or (213) 623-5821 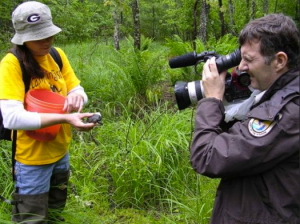 Docuday—A Screenings of All the Oscar-Nominated Documentary Films—If you want to celebrate by watching Academy Award nominated films that you might not otherwise see in a theater, check out The International Documentary Association’s DocuDay Oscar Nominee Film Screenings.  Most of the nominated documentary films didn’t get much distribution across the country,

but they will all be shown one after the other on the Saturday before the Oscars. You may even have the chance to speak with some of the filmmakers in a Q&A session after the film. When: Saturday, Feb. 23, the day before the Oscars from 9 am to Midnight Where: Writer’s Guild of America (WGA), 135 Doheny Drive, Beverly Hills, CA 90211 Cost: $60 all day pass, single screening $12, discount for IDA members For info: Visit http://www.documentary.org/docuday2013 and see Film Schedule 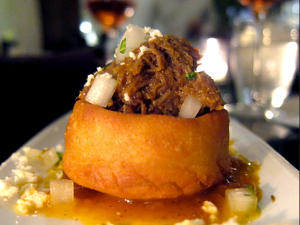 Celebrity Chef Rick Bayless’ Red O Hosts an Extended Happy Hour—Rick Bayless, the winner of Season One of Top Chef Masters and host of the long-running PBS series Mexico: One Plate at a Time, will extend the Street Food Social Hour for an Oscar viewing party at his Los Angeles restaurant, Red O.  The menu for the Oscar viewing party on Sunday, includes $2 oysters, classic guacamole, taquitos, corn masa quesadillas and plantain sopes. There will be lots of TVs streaming the award show action, and even a red carpet at the restaurant. Plus, the patron who predicts who will take home most awards will win a $100 gift. When: Oscar Sunday, Feb 24, 2013 starting at 4 pm Where: 8155 Melrose Ave., Hollywood Cost: Varies For Info: 323-655-5009 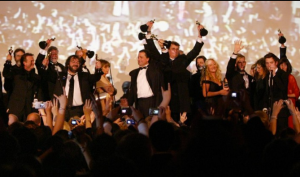 Black Tie Gala for Fans of The Hobbit and Lord of the Rings—In February 2004, The Lord of the Rings: Return of the King scored a record 11 Oscars and TheOneRing.net, the world’s largest Lord of the Rings and The Hobbit fan-site, celebrated with an elaborate black-tie fan-party in Hollywood on Oscar night.  This year they’re doing it all again with “The One Expected Party” to celebrate the release of The Hobbit: An Unexpected Journey. The event includes food and drinks, a live screening of the Academy Awards, strolling entertainers and a stage show including modern Celtic band Emerald Rose, magic from Charles Ross, ‘The One Man Lord of the Rings,’ and headliner Billy Boyd (aka Pippin) and his band Beecake. When: Oscar Sunday, Feb 24, 2013 from 3 pm – 1 am  Where: The Hollywood American Legion, 2035 North Highland, Los Angeles Cost: $250 Parking: Included on site Info: www.theonering.net/torwp/the-one-party/ 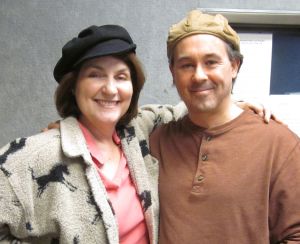 A Celebration of Movie Music on “Carolyn Fox’s Hollywood Spotlight”—If you’re into the movie music, tune your radio to 1580 AM in Los Angeles, for a special Oscars edition of “Carolyn Fox’s Hollywood Spotlight.”  The show will feature Oscar nominated songs and other movie music.  And back by popular demand Kyle Branche, bartender to the stars, author of “Life Behind Bars, Vignettes Over Cocktails,” and raconteur will be the special guest. When: Friday, Feb. 22 at Midnight Where: 1580 AM on the Radio Dial Cost: Free   For Info: CFoxRocks.com 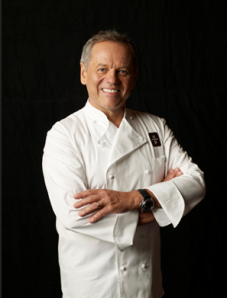 At The Hotel Bel-Air You Can Dine like You’re at The Governor’s Ball–Perhaps the closest thing to being there is the Wolfgang Puck-sanctioned menu at The Hotel Bel-Air Bar all this week. Although Oscar night Puck will be busy serving the stars at the Governor’s Ball you can enjoy the special Red Carpet menu ($65) at the Hotel Bel-Air. The menu features dishes he’s served at the Oscars after party over the last 19 years, such as chicken liver pastrami on rye spanikopita, Maryland blue crab cakes with basil pesto aioli, grilled lamb chops with cilantro mint raita, and hazelnut dacquoise with salted caramel golden souffle cake. You never know who you’ll see there, especially as things wind down a other parties. When: Oscar Sunday, Feb 24, 2013 Where: 701 Stone Canyon Rd., Bel Air Cost:  $65 For Info: 310-472-1211