Podcast of the Broadcast featuring Kenny Davies and the “Christmas Rap”

Posted on December 9, 2012 by carolynfoxshollywood 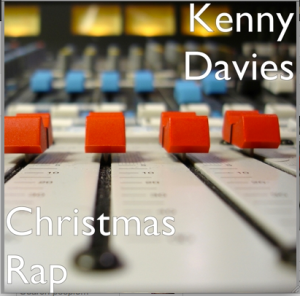 At the holidays, everyone likes to find a brand new present under the tree.  This year, Kenny Davies gift of the season is a new track called “Christmas Rap.”  This week on the syndicated broadcast radio show, “Carolyn Fox’s Hollywood Spotlight,” Kenny dropped by the studio to chat about his new release and his musical journey.

Originally from West Plains, Missouri, Kenny had a musical upbringing.  His mother was the singer in a local band, and he was exposed to a wide range of genres and musical styles from an early age.

You’ll also hear the voice of Kenny’s childhood sweetheart, Laura Byrnes, singing the chorus on the “Christmas Rap.”  Laura, who has experience as a voice over talent, sang in a distinctive elf voice on the song, without the aid of any electronic filtering.  Kenny was reunited with when, after many years, he found her Facebook, and they rekindled their romance.

TO HEAR THIS WEEK’S SHOW, JUST CLICK ON THE LINK BELOW: